What is the Real Cost of Acquiring New Patients?

How to Ask the Right Questions

At RevUp Dental, we constantly see dentists throwing money at all kinds of random marketing activities: flyers, social media, billboards, little league teams, newspaper ads, Google Adwords– the list goes on and on. But, when we sit down with dentists and ask some basic questions like,

—they generally have no idea.

When we ask them why they’re spending money on these things if they don’t know any of these numbers, the typical answer we hear is “well I was just trying to see what works.”

The truth is, almost all marketing strategies work… to some degree. The question dentists should be asking themselves isn’t “Does this strategy work?”, but instead, “How well does it work?”.

In other words, ask yourself, “How much do I have to pay to acquire a new patient using this strategy, and how well does it work compared to other strategies I could be utilizing?”.

It’s important to remember that, while you’re trying to bring in new patients, so is every other dental practice in your area. To beat the competition, you generally have two options: 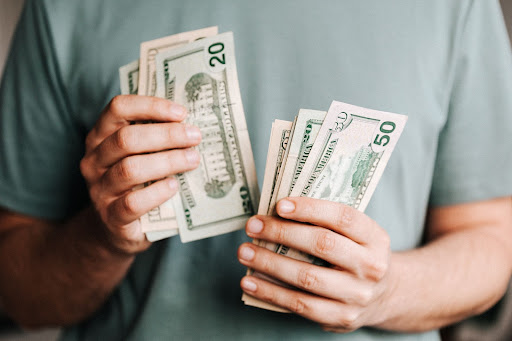 Option 1: Spend more money than everyone else

If the average dental practice in your area spends $2,000 per month on marketing, then you spend $10,000. This would give you a big advantage, assuming you have the necessary capital to spend and don’t mind potentially wasting A LOT of money. But we believe in spending smarter, not harder, which brings us to the second option…

Option 2: Spend your money in a smarter way than the competition

If other dental practices in your area are throwing money at all kinds of random marketing strategies while you, instead, are investing your money into only a few specific strategies that yield the highest return-on-investment, you’re going to have a big edge over these other dentists while spending less money in the process. In other words, your dental practice may be able to acquire patients at only a fraction of the price that other dentists in your area are paying.

What Most Dentists Don’t Understand About Marketing

To make sure you’re getting the best returns on your marketing investments, you’ll need to track your cost to acquire new patients using various marketing activities.

Based on our experience, having looked at the numbers of different dental practices before we took over their marketing, the average dentist in North America spends around $400 to $500 on marketing just to get one new patient in the chair. This number may seem high enough, but in fact, many dental practices are spending even more than that; they just don’t realize it.

A dental practice decides to do a flyer campaign, so they spend $2000 on flyers. The problem is, they don’t track exactly how many calls they get every time they do a flyer blast. At best, they may track how many patients they get from it, but they have no idea exactly how many people called, how many of those people booked, and how much money those new patients spent at the practice over the resulting 6 months.

“It’s important to remember that, while you’re trying to bring in new patients, so is every other dental practice in your area.”

Pretty shocking, right? Most dentists we’ve worked with agree. This is why most paper-based marketing companies never track these stats for the clients. They know that if their clients knew the real results of these types of marketing campaigns, they would never pay for their services again.

This isn’t to say that digital marketing, on its own, simply works better than paper-based marketing. We’ve worked with dozens of dentists who were running Google AdWords or were doing SEO before we came in. When we asked them what their stats were, such as cost-per-lead or cost-per-patient, they had no idea. In fact, not only did they not know, neither did the marketing companies they were working with!

Is Marketing Even Worth It?

So, does this mean that marketing just doesn’t work for dentists? Absolutely not!

Marketing definitely works. But, what many dentists don’t realize is that the results you get from marketing activities largely depend on who is doing the work– that is, how experienced they are, and how much time and effort they’re putting into the marketing.

When RevUp works with new dentists, we’re able to bring in new patients at around $200 to $250 per patient in the first few months. Over the next 5 or 6 months, as we continue to tailor the dental practice’s website and ad campaigns to their preferred types of patients, we’re able to bring in new patients from around $100 to $150 per patient. If a practice happens to be in a low-competition area, we’ve even seen those numbers go down to $50 to $75 per patient!

So, how were we able to do this?

Get More Out of Your Marketing Strategy

It’s important to remember that different marketing elements, like websites, Google Adwords, and Facebook, are just different kinds of tools. Think of them like golf clubs. If you were to go golfing with the same set of clubs that Tiger Woods uses, would you be just as good of a golfer? In all likelihood, the answer is “no.”.

The point is, a great set of clubs is only as effective as the golfer using them. In the same way, good marketing tools don’t guarantee good marketing results.

When it comes to marketing, the process, the talent, and the level of effort that goes into the work are what determine your return on investment. At RevUp, we pride ourselves in our proven ability to excel in all three of those areas.

As the owner of a dental practice, it’s your job to understand the following:

Stop investing in all kinds of random marketing strategies, throwing money at the wall just to see what sticks. Instead, put your money in the marketing activity that generates patients at the lowest cost per patient. Once that activity is saturated, put the remaining money in the second-best option, then the third-best option, etc.

It’s like investing. You want to put your money in the investments that generate the highest return. If your competitor’s investments generate an 8% return and yours generate a 3% return, who do you think is going to come out on top in 10 years?

It’s really that simple, yet 99% of dentists don’t think this way when it comes to marketing. Once you start thinking this way, you’ll already be way ahead of the competition.