Are your photos scaring away patients?

Before and after photos are meant to show the excellent work you can do for patients, and attract them. But a hypothesis has surfaced stating that they’re actually scaring patients away. To check this – we’ve run some A/B testing experiments and published the results below.

The Idea Behind Before & After Photos

A lot of dental websites feature before & after pictures showcasing the amazing work that dentist has done for their past patients. The idea behind this being, to attract more patients – you have to show them how you helped the previous patients. And there is some sound logic in here. Showing the good results of previous patients can make a new patient think they’ll also have good results. But does this actually have the intended effect? 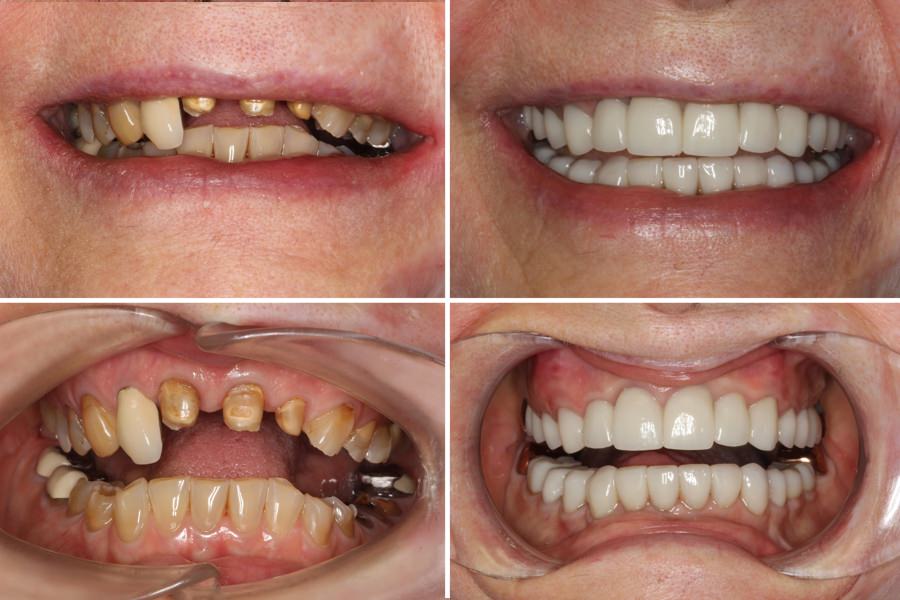 The Reality of Before & After Photos

We let the experiment run for a month and here are the results.

In a sample size of nearly 300 unique visitors to our dental implants page Google Optimize determined: The original has a 100% probability to be the best one.

The page with before & after photos had an average time-on-page of only 48 seconds.

The Effect on Conversion Rates

But now here’s the most important stat to look at. The conversion rates. How many new patient leads did each page generate?

Now you may be thinking “well… the sample size consists of only 300 users… it could be just a fluke, right?”

Normally I would agree with you here, but the difference between performance is so huge, that Google didn’t need a larger size to make the call. The winner is undisputable.

What caused the difference?

Let’s look at this from your perspective first. As a dentist yourself, if you were searching for another dentist – you may be interested to see their previous work, so you can make sure they’re actually good. Or, you may be interested in knowing highly technical stuff, like the materials they’re working with, what companies they are sourcing the materials from, all the way down to the concentration of the disinfectant they use. And that’s the thing right there, most patients don’t really care about any of those things.

When you look at a before and after photo – you get to see dental problems, and how they were fixed by the dentist. You see overbites, cavities, tartar, etc. Patients just see an ugly picture, that more often than not, is horrifying to look at. Especially since most of the time, dentists post pictures of their worst cases, and with a device in the mouth that stretches out the patient’s lips…. Creepy.

That’s the difference between the intended effect, and the actual effect.

Another problem is that most web developers and marketing companies want to make sure the dentist likes the website, because the dentist is the one signing the cheque. But marketing principles that have been observed, studied and tested for decades clearly show: It’s never about the marketer (in this case, dentist) it’s always, and only, about the customer. In fact, quite often – the website or advertising that dentists like, is not the one that gets patients to act and book an appointment.

The Right Type of Photos to Use

Now for the record, I do think before & after photos can be useful and can help drive more patients, but not the type of photos that 99% of dentists out there take, like the below example: 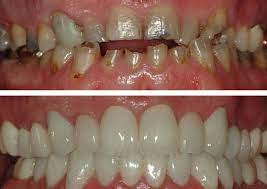 Now let’s compare this to the types of photos that Smile Direct Club uses.

And this goes in line with marketing principles established for decades: Sell the lifestyle, not the product.

Also notice that the before photo doesn’t look bad either. In the after photo the patients are happy, smiling and have better teeth. But they’re also happy and smiling in the before photos. The before photos only show mild problems, like gaps or yellow teeth. It’s very subtle but it’s very smart. What it’s saying is “you’re already beautiful, but we can make you just that much better”

Now Smile Direct Club is a major competitor to most dentists out there, and say what you will about the quality of their service, but you cannot argue that they are experts at marketing and they really understand what patients want. As of this video they’ve signed up nearly, if not more than, a million customers. There’s a lot you can learn here.

To sum up, if you have before and after photos on your website that show serious dental problems – it’s probably hurting your practice, and it’s worth considering to get rid of them, or at the very least test it out with a different picture. One where the before teeth still look good, and it only shows a minor, but noticeable fix.

The most important thing though (and this applies to your entire marketing, not just photos) is to realize that there is often a HUGE disconnect between what patients actually want and what dentists THINK patients want.

This is largely why a lot of dental practices out there struggle, and why large companies like Smile Direct Club and Open Care are able to enter the marketplace so easily and disrupt the whole industry. What may have worked in dentistry 5 or 10, years ago is not what’s going to help you build a successful dental practice today. With the whole industry becoming so competitive, it’s never been more important to start taking a data driven approach to your marketing.